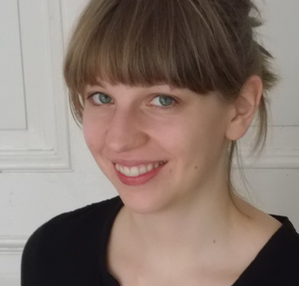 She is a dancer, a dance teacher and a researcher. She understands dance as an integral part of her life. Lina started dancing at the age of five. She continued her studies in dance at the Folkwang School in Essen, where she received her diploma.

Based in Berlin, she is now teaching dance in private and public schools among which Metropolitan School Berlin, Urbanraum Berlin and the educational project “TanzZeit – Zeit für Tanz in Schulen”.

In addition to her artistic and educational activities, Lina graduated in Science of Dance at the Freie Universität Berlin. As part of her study, she wrote her master's thesis on “Choreographic processes” from Xavier Le Roy.

Since 2016 Lina works with Raffaella Galdi/InCorpo as a dancer, both in research  and performative projects. She is also very active at the organisational and presentational work of the company.

“Now I am going to reveal to you something which is very pure, a totally white thought. It is always in my heart; it blooms at each of my steps... The Dance is love, it is only love, it alone, and that is enough... I, then, it is amorously that I dance: to poems, to music but now I would like to no longer dance to anything but the rhythm of my soul.” (Isadora Duncan)